In the context of this project, 43 movies (plus 3, added for their particular interest) were carefully watched in order to extract their geographical representations. The objective was the cartography and the analysis of the places in the narration of contemporary Canadian popular cinema.

Movies were selected according to a few criteria:


A cyberatlas is available to view the chronology and the relationship between the different locations of the action of Canadian movies. 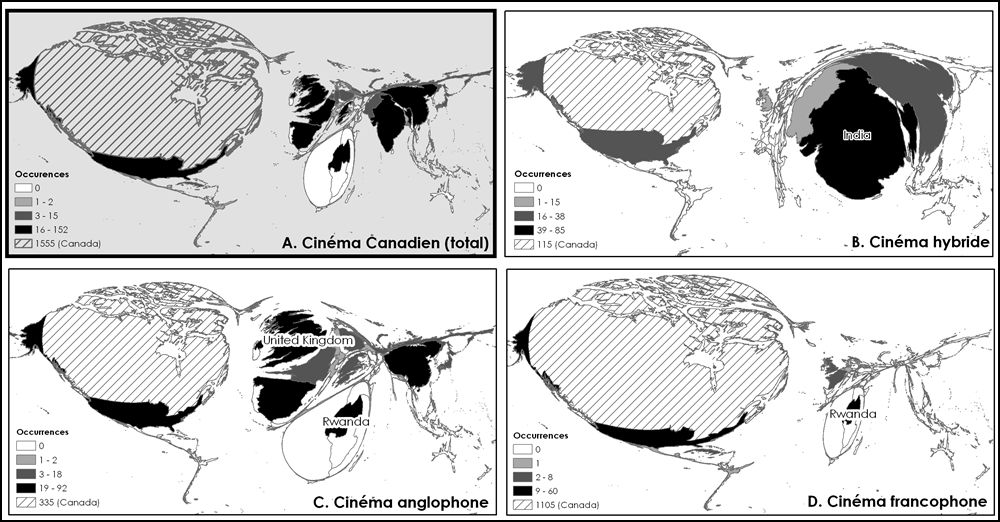 Cartograms of occurrences of locations in (A) Canadian cinema in general, (B) hybrids Canadian movies, (C) Anglophones and (D) Francophone. In these cartograms, country size and color represent the same variable: the number of occurrences.

Cartograms of occurrences of locations in Anglophone, Francophone and hybrid Canadian movies. Country size and color represent the same variable: the number of occurrences. 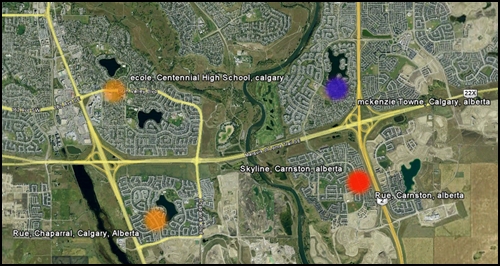 The narratives locations are available below, through KML files. KML files can be opened with Google Earth.